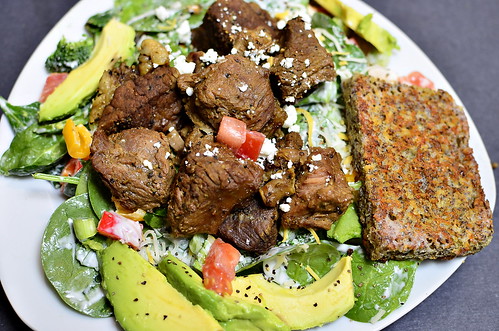 Low Carb at TGI Fridays! Low Carb Ice Cream! And the best one – Low Carb Beer! I was … Low carb had finally become … Life would be good from now on Ive been on the Atkins low carb

Low Carb at TGI Fridays! Low Carb Ice Cream! And the best one – Low Carb Beer! I was ecstatic. Low carb had finally become mainstream! Life would be good from now on Ive been on the Atkins low carb diet for years, but was shocked to find earlier in the year that my cholesterol, tri-glycosides, blood pressure and weight were all up to unhealthy levels. But wait – Dr. Atkins had promised that the low carb diet would solve all these problems AND help me lose weight. Now, I thought, there was low carb everywhere  I could not have his carbs and eat them, too. But as I and millions of low carb dieters have found, if you dont do it right, low carb will turn into a big health risk. Earlier this year, I began an in-depth search for what was wrong with this low carb picture. As a result, with my wife, Loretta, and I launched LowCarb-Lifestyles to help low carb dieters avoid the pitfalls and mistakes that can come with ignorance and lack of support. Low-Carb-Lifestyles.Com offers a new approach based on the Five Keys to Low Carb Success: Information, Motivation, Nutrition, Fitness and Support Along with the Five Keys, we discovered the TOP TEN REASONS WHY LOW CARB DIETERS CAN END UP GETTING FATTER AND FATTER. 10. Not Counting Carbs  Carbs must be counted just like calories 9. Disregarding a common sense approach – (I can eat as much fat as I like  its low carb!) 8. Failing to develop a clear plan and goals for achievement  just like any endeavor, one needs to create a sense of urgency everyday. 7. Dieting alone – not enlisting the help of a support network 6. Believing too much of the hype on commercially prepared low carb foods  all the net carbs promotion belies the fact that one must eat a healthy mix of protein and complex carbohydrates everyday 5. Sliding in and out of low carb living – Yo-yo low carb dieting is a certain road to getting fatter. Higher fat combined with carbs – certain death! 4. Failing to be creative with one’s menu choices – Eating the same old eggs and meat everyday leads to cheating – for sheer lack of variety 3. Not exercising regularly – Every dieter needs at least four days a week of exercise, especially those over 30 (most of us!). 2. Ignoring the need for self motivation – We need to spend time everyday, (we recommend at least 20 minutes per day) 1. Failing to commit to low carb living for the rest of one’s life – For long term success, one needs to commit to a self disciplined, intentional daily “Low Carb Lifestyle.” Anything less will, for most of us, end up in weight gain and frustration. We have concluded that the low carb approach is absolutely the best system, but we must follow certain principles absolutely. Failure to do so will actually make you fatter while tricking you into thinking you are on a diet!