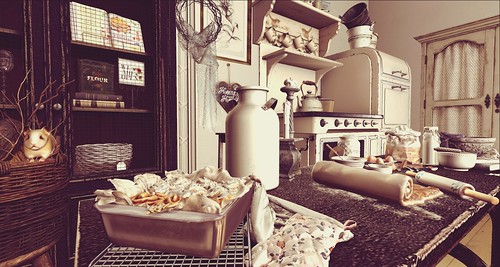 From Pellegrino Artusis work to the books written by actress Gwyneth Paltrow, cookbooks have been successful for centuries.

If you consider the big number of cookbooks that you
can find on the market you cannot but ask yourself if we are a people of
ravenous, would-be cooks, if mums barely do not teach their children the
secrets of the traditional cuisine anymore, or if this is more like a trend
that has infected most of us and that is going to fade out, like all the other
trends. What is certain is that recipe books are really invading the shelves of
bookshops as well as the charts of the bestselling books, and this is an
evidence of a clamorous success, especially if you think that books in general are
not very successful at the moment. A success that is part of a wider phenomenon
and that does not only concern books, but also TV, which is more and more
stuffed (to use a culinary term) with cooking shows, and the web, where blogs
about recipes and cooking tips are created every day.

Actually the hypothesis of the passing trend is not
very plausible, since cooks and experts in general have written cookbooks for
centuries. Much of what we know about the cuisine of ancient Rome comes from De
rerum coquinaria, ten recipe books that were probably written in 230 B.C. from
a cook named Celius and attributed to Apicius. With the passing of time
cookbooks have undergone changes and evolutions, becoming more and more precise
in the description of ingredients and above all in the quantification of doses,
and some books and people, like Liber de Coquina written by a courtier of the
of King Charles II dAngiò, Maestro Martino da Como (15th century)
or the recipe books by Cristoforo di Messisbugo (16th century) have
become real benchmarks. Last but not least, we cannot leave out the cookbook
par excellence, La scienza in cucina e larte di mangiar bene (The Science of
Cooking and the Art of Eating Well) by Pellegrino Artusi, published in 1891 and
then translated all over the world. This is probably the most evident example
of the extent of the success of cookbooks in history, and the renown that this
book has had all over the world is the best evidence of the fact that the
appreciation of cookbooks is not a passing trend, but something deeper and
almost atavistic.

However, a doubt still remains: Artusis book, like
many other cookbooks that were published in the past, were written by true
experts (La scienza e larte di mangiar bene was written with a scientific method),
while nowadays there seems to be no limit to the type of people that decide to delight
us with their cooking secrets: the best-known cookbooks of the moment are not
by cooks, food critics or experts in general (who still publish their works),
but by anchor-women that devote themselves to cooking (like Antonella Clerici,
in Italy), former journalists that did not hesitate to leave their profession
(like Benedetta Parodi, in Italy as well) and Oscar-winning actresses (like
skinny Gwyneth Paltrow).

We must say that times have certainly changed, and
these books full of recipes that are easy and fast to cook meet the needs of
(many) people that do not have much time to cook and do not aspire to become
chefs. What is certain is that cookbooks, no matter if they are prestigious
works or simpler books, one way or the other, always succeed in being
appreciated by people.