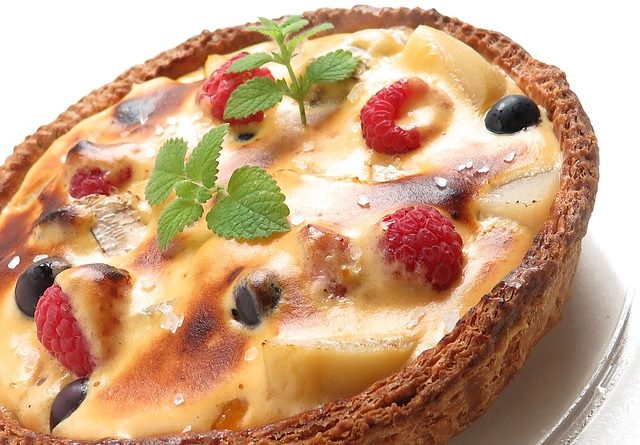 By Sam VakninAuthor of “Malignant Self-love: Narcissism Revisited”
This one volume cyclopaedia is maintained meticulously up to date by a dedicated team of scholar-contributors, headed by the indefat…

This one volume cyclopaedia is maintained meticulously up to date by a dedicated team of scholar-contributors, headed by the indefatigable polymath, Dr. Chris Cook. Hundreds of entries in dozens of sections reflect the latest developments and knowledge in numerous areas of life. It is an astounding feat.

The 2012-2013 edition of Pears Cyclopaedia was the first major revision in some time. It added considerable heft to veteran chapters as well as re-introduced categories of knowledge from previous editions. This 2014-5 edition follows in its footsteps and is augmented with a Biblical Glossary, replete with coverage of the Apocrypha.

The “Chronicle of Events” is brought up to April 2014. The “Prominent People” section has been updated to include, for instance, Hillary Clinton’s tenure as Secretary of State (2009-13) and Chavez’s passing away.

The “Background to World Affairs” – a compilation of chronologies arranged by country and monographs about the history and societies of the regions of the globe – is indispensable: it is as updated as an online blog and as thorough as an encyclopedia. Four pages are dedicated to the History and Development of the European Union.

“Britain Today” is by far the best synopsis of current affairs and statistics of that Sceptered isle. It has been completely revamped to include a Who’s Who in British Politics and a Glossary of Recent Politics as well as chapters about “Redress of Grievances”, the media, and pressure groups. It offers a sweeping overview of the British constitution and system of government.

“The Historical World” comprises a historical glossary, a guide to historic Britain, a dictionary of modern wars since 1914, annotated lists of famous battles and treaties and alliances, selected European rulers, and a comprehensive chapter about archaeological discoveries and sites.

The “General Compendium” is a cornucopia of tables and data and delectable lists, some useful, some quaint: English and Scottish monarchs, British Prime Ministers since 1721, US Presidents, foreign phrases, national currencies, Roman numerals, the international time-table, the Greek alphabet, common legal terms, Popes since 1800, Archbishops of Canterbury and York, traditional ranks in the armed forces, Roman rulers and towns, a digest of new words (including “selfie”), Nobel Prize winners, major literary prizes, famous ships, the order of succession, patron saints, the phonetic alphabet, the Chinese and Hindu calendars, the dates of Easter Day, signs of the zodiac, a glossary of antiques, taxes, British military anniversaries, and the Beaufort Scale of Wind.

The venerable and popular section “Myths and Legends” now covers not only Greece and Rome, but also Norse mythology. Pears provides a constantly-updated survey of “Ideas and Beliefs” throughout the centuries. The entry about the Gay Movement, for example, notes that the first gay marriages in Britain took place on 29 March 2014 and that in Russia “homophobia is rife and attacks on gays are common.”

Regrettably, the Gazetteer of the British Isles is all that remains from the once excellent Atlas. It is followed by a much enlarged “General Information” gateway: a mini encyclopaedia with hundreds of listings pertaining to all fields of human knowledge, from astronomy and architecture to zoology. The entries are scrupulously au courant: under “Television” one learns about the next trend: UHDTV or that “India’s population will overtake China by 2028.”

To augment these magnificent offerings, Pears Cyclopaedia provides a “Literary Companion” (outline of English literature arranged as a chronological survey, replete with biographical and bibliographic entries and surveys of twentieth-century poetry and drama); an “Introduction to Art and Architecture” (key terms, movements, and styles as well as biographies); “The World of Music” (outline historical narrative, glossary of musical terms, index to composers, and a special topic about popular dances in the West); “The Cinema” (its history and famous actors and directors as well as a glossary of key terms and list of Oscar winners up to and including 2013).

A massive section, aptly titled “Food and Drink”, tackles the world of wine (including a detailed treatment of the libations of Europe), proffers a glossary of food terms, discusses beer and brewing, spirits and liqueurs, only to revert to the quintessential Anglo-American delectable obsession of coffee and tea. This is seamlessly, albeit somewhat incongruously followed by a “Sporting Almanac.”

The “World of Science” comprises coverage of diverse fields such as astronomy, physics, chemistry, geology, biology, and human evolution. It also sports a variety of scientific tables. Medicine merits its own gateway, inevitably titled “Medical Matters”: the most common illnesses and conditions, some of them treated to in-depth analyses within special topics. A subject index caps this wondrous work of reference.

“Affection” and “attachment” are terms rarely used in a review of a reference title, but, they are the ones that come to my mind as I contemplate the new (2014-2015) edition of Pears Cyclopaedia, one of many editions I possess. I confess to my addiction proudly: control freak that I am, I like to hold the Universe of Knowledge in the palm of my hand, in a manageable, pocket-sized form.

What renders this single volume unique is not that it is a cornucopia of facts (which it is, abundantly and lavishly so), but that it arranges them lovingly in patterns and narratives and, thus, endows them with sense and sensibility. It is at once an erudite friend, a mischievous iconoclast, a legend to our times, the sum total of human knowledge in a panoply of fields, and a treasure-trove of trivia and miscellany. It is as compellingly readable as the best non-fiction, as comprehensive as you need it to be, and as diverting as a parlour game. It is both quaint and modern in the best senses of these loaded words.

Pears Cyclopaedia is a labour of love and it shows. Its current editor (formerly its Assistant Editor), Christopher Cook, has been at it for decades now. Annually, he springs a delicious surprise on the avid cult that is the readership of Pears Cyclopaedia: new topics that range from wine connoisseurship to gardening. This edition is not an exception, though the surprises are within the chapters.

At more than 1000 pages, Pears Cyclopaedia is a bargain. Alas, its distribution leaves something to be desired. I have spent the better part of a long afternoon searching for it in vain in London’s bookshops. Last time I had it ordered in Europe, I waited for months on end for its arrival. It is also not exactly available on Amazon and Barnes and Noble. It should be. Pears Cyclopaedia is wonderful, in the true meaning of this word: it is full of wonders and, therefore, is itself a wonder.