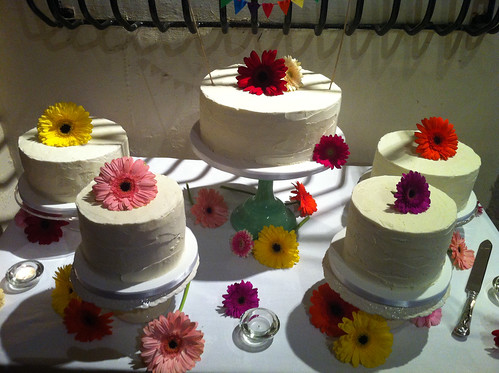 Red velvet cakes are one of the most popular cakes. The exact origins of the cake are unknown. It is considered that red velvet cakes originated during the Depression, as an economical to make cakes look more special and dramatic. Another theory suggests that the cakes acquired its reddish hue from a reaction between natural cocoa powder and acidic ingredients such as buttermilk. There is also yet another theory that suggests the name of the cakes come from its smooth velvety texture.

Among the most popular types of cakes are red velvet cakes. They are probably one of hottest cake flavors, and restaurants and bakeries all over the world can be seen filled with these delectable goodies. One can also buy red velvet cake online from the plethora of bakeries and gifts delivery business on the internet.

The term “red velvet” gets mentioned a lot these days. Cake lovers go crazy over these and many TV Cooking programs has based many episodes on red velvet cakes. The exact origins of the cake are unknown, and there are plenty of theories out there explaining how the cake got to be red. Red velvet cakes are usually cakes with buttermilk and a lot of red food coloring.

It is considered that red velvet cakes originated during the Depression, as an economical way to make cakes look more special and dramatic. During that period, people use less food colorings and extracts as they were considered unnecessary expenses. A business by the name of Adams Extract Company came up with the Adams Red Velvet Cake recipe, a concoction that used red food coloring and butter extract instead of the traditional ingredients. The recipe was offered on free recipe cards at grocery stores all over the nation and the new brilliantly-colored cake became a hit.

The original red velvet cake is also considered to have acquired its reddish hue from a reaction between natural cocoa powder and other acidic ingredients such as buttermilk. Cocoa powder traditionally has anthocyanins, which are the same compounds found in foods like red cabbage. The vinegar and buttermilk reacts with the cake’s cocoa. And it’s the anthocyanins that change color in the cocoa, giving the cake a red finish.

There is yet another theory that the term “velvet” comes not from the color of crushed velvet, but from the smooth and velvety texture of the cakes. The texture was influenced by the special ingredients of the cake. Almost all recipes contain baking soda and either vinegar or buttermilk. When any acid is mixed into baking soda, copious bubbles erupt and both buttermilk and vinegar are acidic. And so in the red velvet cake, the bubbles from the reaction fluff it up thereby making it light and smooth.