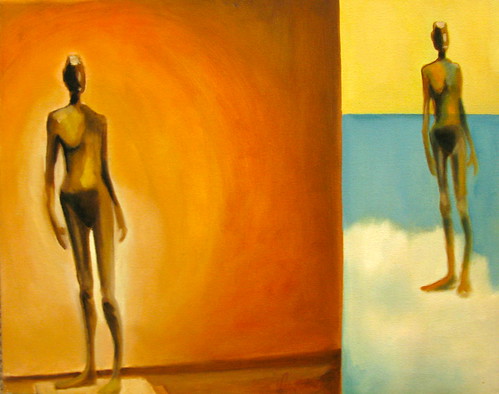 If you can relate to Jimmy Buffets song Fruit Cakes, in which he sings we’re all half baked this article could be for you! Does your body tense up a little when you think of the … Is it dif

If you can relate to Jimmy Buffets song Fruit Cakes, in which he sings we’re all half baked this article could be for you! Does your body tense up a little when you think of the holidays? Is it difficult for you to believe that you came out of the family you were raised in? All my life, my father and I had a very difficult and distant relationship. As an adult, we became estranged. When I was seventeen years old my mom married my stepfather; he became an important male figure in my life and the man of the family that I spent Thanksgiving and Christmas with. In the meantime, the divide between my biological father and I grew ever wider. The silent agreement between us was so deep that we didnt talk on the phone or even exchange birthday, Fathers Day or holiday cards. There were times that as many as five years would go by without us speaking to one another. I had a lot of disdain for some of my dads values and life perspectives and that made simple conversation very difficult. During the infrequent times when we would talk, he would begin to share his opinions and philosophies with me I would eminently disagree and that would be the extent of it until we would forget how painful the last phone call was. Then, last May, (for reasons I do not understand) I began to get persistent feelings that I needed to call him. The feeling would not go away. I called my dads brother to see if I might find out what was up. As I dialed I thought, He is the sane one. When my uncle answered, he told me, your father is in the hospital. Hes been in there several times and now he has pneumonia. Well I thought, if there was ever a time to honor my father its now. I did not want to show up at his funeral like a hypocrite so I talked it over with my husband and decided to go see him before he died in order to make peace. I thought it would be good for both of us. I had not been to the town he lived in for twenty years. I rented a car, made arrangements to stay with an aunt on my mothers side of the family and booked a flight.There is something so disarming about a person on their deathbed. Both of us must have known that! Together we told stories, ate chocolate, hugged one another and generally just had a terrific time. And we both laughed. I actually remembered some of the good times of my childhood. While I was there, I also had very memorable times with my uncle, my dads brother. Hes in his 80s now, and fun, loving, considerate, a great conversationalist and a hoot. The aunt who I stayed with (my moms sister) and I caught up on stories untold as well. I got to encounter her as an adult and the experience made us even closer, but thats a story for another time.A month later, after many phone calls with doctors and nurses long distance I made the arrangements for my father to be buried in a veterans cemetery. Initially I didnt think I would make the return trip for the funeral, but I did. Im so grateful that I did. So many wonderful things happened because I made that choice. One of which is that I reconnected with a cousin who I had not seen for twenty-five years. Since then shes visited me here in Las Vegas and weve spoken to one another every week on the telephone. We are so close now that we will never allow the time or space to separate us again.So, why am I bringing up this story now??? Because its the holidays, and all of us are half baked as Jimmy puts it! While we dont have to hang around anyone who is unwilling to honor our dignity and treat us with respect, forgiveness is essential for self-growth.